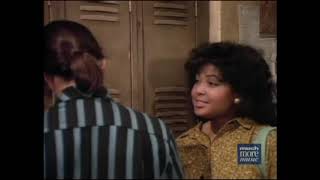 Dusty wins the tickets to the U2 concert and wants Jesse to go with her. Question, is anyone else out there like me? You love songs but you don’t know the name of the band or the artist who sings, it. (Embarrassing, I know) but I recall telling Jesse that he looks just like this guy that sings one of my favorite songs. They wear their hair alike and this band wrote a song dedicated to Martin Luther King called, “Pride, In The Name of Love”. Not knowing at the time, I was talking about Bono… then years later, I put the two together and realized that’s also why the writers chose this band to be the concert Jesse and Dusty go see.