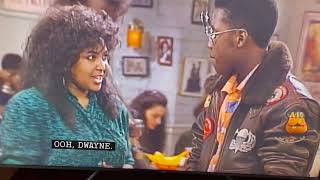 While Debbie Allen was directing “A Different World” I audition for a small roll in the episode, Mr. Hillman and got it. What you may not know is this was my second audition for the show. I totally bombed the first one, which was to play the role of Millicent, Whitney’s side kick. I have no idea what happened to me when I walked into the audition space. Suddenly, everything was swimming. I couldn’t read the page, I forgot the lines, I even lost some time. I was near tears and so embarrassed for Debbie, who was in room too. I don’t even recall what I said, but the look on everyone’s faces when I came to myself was all I needed to stand up and excuse myself.